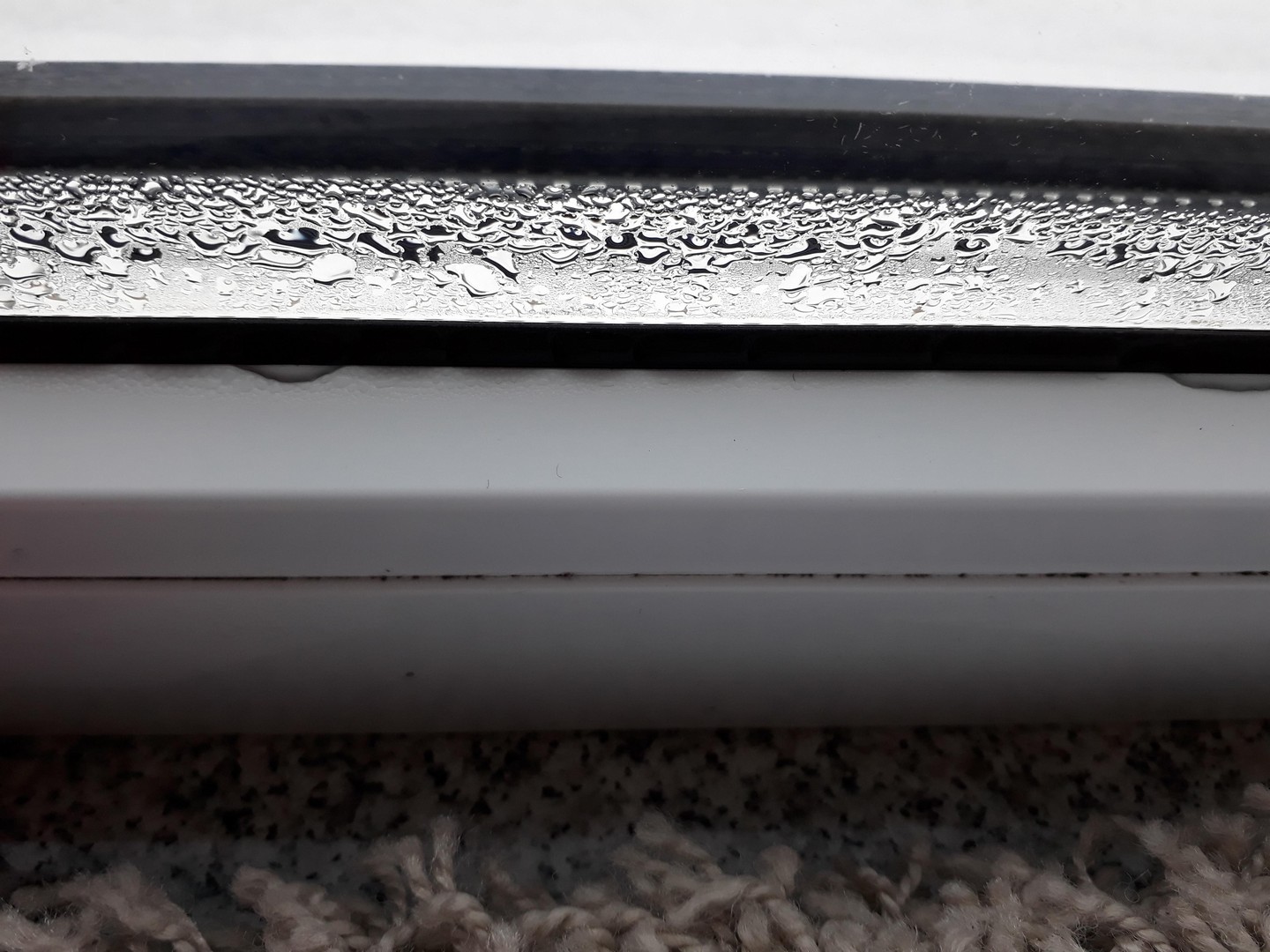 Fighting mold is an essential part of life in most German homes. The problem is blamed on users. They say tenants do not ventilate, overcool, etc. etc. In reality, of course, builders have crooked hands and save at the expense of residents. Our friends lived in Holland and did not observe this problem there, although Holland is clearly ahead of most German cities in terms of humidity.

It makes sense to complain about the mold to the landlord only immediately after moving, in the first months. If you have been living for more than six months and complaining, you will be accused of misusing the apartment and forced to dry and repair everything. In most cases, in the courts such issues are lost. It is cheaper to be silent, to quietly clean the consequences and take preventive measures, hoping that when you leave your apartment, the issue will not come up.

What does mold look like (for those who have recently lived here)? The darkening above the window or in the corner is not dirt. And on the ceiling in the corner, too. Black dots on the window or between tiles in a bath – that’s it.

1. Place furniture from the wall at a distance of 7-10 cm. If possible, do not cover the corners with things at all.

2. Always keep windows open in the bathroom and kitchen.

3. Do not leave the temperature less than 20-22 degrees in the house during the damp season.

4. Have a hygrometer at home (often included in weather stations) and a dehumidifier (electric or saline). Monitor the humidity in the apartment (keep in the region of 50-55), regularly turn on / change the dehumidifier and periodically ventilate (it is advisable to arrange a draft).

How to remove Schimmel?

Mellerud Schimmel Vernichter has proven to be the most effective remedy to date. Sold in hardware stores. Means from supermarkets did not work (especially bio, those that we bought).

We dip the brush and coat all the places, including the slots in the windows.

It is advisable to paint the ceiling and wallpaper later (what can be painted) by adding a mold repellent for paint to the paint.

After that, do not rest on what has been achieved and always follow the points indicated above.

Modern architectural design is full vertical windows to the floor or glass walls: light, spacious and “views” outside the window.

But, like the majority of other modern design ideas, all this normally functions by wealthy people, who can afford to serve these design ideas with expensive ventilation and additional living space.

But for “ordinary” people it makes the problems: condensation, mold, inability to use the perimeter of the room, heat in summer, cold in winter and violation of the privacy sphere, since instead of a “view” outside the window, you can suddenly find another house three meters from your apartment, or find out that half of the room is visible from below, even on the fourth floor.

But the most unpleasant consequence of modern technology is “crying” windows. This was not the case for the first three years after construction. Then, apparently, there was a “shrinkage”, God knows what else – and the windows started “flowing”. With perfectly normal humidity (50-60 percent) in the apartment, standard heating, every night with subzero temperatures outside the window causes indoor precipitation. In no case can you ignore this. Otherwise, you will receive the mold as a “present”.

Mold is considered a problem in older houses, but condensation on windows makes it a reality for brand new houses as well. Underfloor heating instead of radiators under the windows makes mold around windows even more real.

So, through trial and error, it turned out that

– tilt the windows for any period, including a long one

– turn on the electric moisture collector

– put a salt collector of moisture (better than an electric one, but the condensate is still there)

Do you have any more questions? Use comments ⇓ or private communication form ⇨

help, but still do not completely save, only reduce the risk of mold

– open the windows wide (not tilt) every day. Preferably in the morning and evening, very well at about midnight or later. The key word, of course, is “wide open.”

– insulate windows. Yes, yes, it is to insulate, and I know that they are completely “new” and so-called “modern”. As it turns out, these are the modern, light and airy, “energy-efficient” ones that look so great in advertising. The last method of insulation that we found and which can hardly be called ideal is a film on a window of this type: link.

It is attached very simply: double-sided tape is glued along the perimeter of the frame, a film is hung on it (not necessarily perfectly and tightly stretched), then it is straightened with hot air from a hair dryer. Condensation forms behind the film only when it is poorly glued. Naturally, this is not an ideal option, because the film can tear due to children and other pets, plus it is considered a one-year insulation. Next year it is supposed to be no longer used and replaced with a new one, but I use further, since it didn’t tear. Due to the absolutely unnecessary abundance of glass surfaces in the house, the price becomes very decent.

This is how it looks.
Pros: condensation does not form behind it. Only two covered windows have raised the temperature in this room with five windows. It is practically invisible in terms of transparency.
Cons: theoretical short time for using, tenderness (people are torn during installation, I had no problems), price.

– heat more. This is an option – if the budget allows, but in general for me personally, if it is too hot, it’s also hard to live and breathe, and I doubt it’s good for health.

– not tested – build an expensive ventilation system into the wall

Did you think you have already too many things to do in the morning when you make breakfast and send the kids to school. Here’s more for you

mandatory procedures if condensation appears on your windows:

* The links in this post are affiliated (i.e. if you buy something I get very little reward, but you don’t pay for it) but that doesn’t affect my opinion.